SEO marketing is a curious thing. You can’t touch it or see it. When it’s executed well it reaps great rewards, when it’s executed poorly, you aren’t even award that it exists. So what is this elusive thing? What are its origins and is it as important as the specialists make it out to be?

In case you didn’t know it already, SEO stands for ‘Search Engine Optimisation’. Put very simply, it’s about getting your website to appear among the top few listings (if not number one) when a prospective customer types in a specific word or phrase into Google.

The scene is set

On 6 August 1991 Tim Berners-Lee, published the very first website. This website, while extremely basic, was revolutionary in its time, and is in fact still live today. From that first seed, other websites grew to populate the world wide web and thus a need for a search feature came about. This paved the way for primitive search engines such as Excite, Lycos and Infoseek, and it wasn’t too much later that Yahoo made its way on to the scene, followed by Google a few years later in 1997.

With more and more websites popping up on a daily basis, website owners soon realised that methods to help your website climb the rankings was not only necessary but crucial. However, with no real rules in place and the revision of algorithms often taking months to emerge, online marketers would sometimes excessively employ a variety of early techniques such as keyword stuffing, poor quality backlinks, and the use of an excessive amount of tags – simply put, every trick they could find to allow their website to receive a favourable ranking.

Wanting to iron out dubious practices and create a fair playing field for all concerned, Google then implemented stricter controls with a focus on quality as opposed to quantity. Shady back linking, keyword stuffing and similar practices were penalized and suddenly the world of SEO lost its then questionable air and become centred around substance, skill and professionalism. Adding even greater credibility was the creation of local SEO which provided internet users with easy access to information relevant to their location. 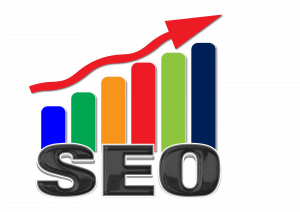 While Google had tried to place an emphasis on quality in the past, changes made in 2010 going forward would really drive the point home hard, that shortcuts don’t work and quality comes first. Those who had previously regarded quality as secondary and had resorted to black-hat SEO tactics, were now singing a new tune, and forced to up their game – but didn’t escape having their names dragged through the mud first! Thankfully Google Panda still enforces the weeding out of poor-quality websites which contain little or no value, hence holding SEO specialists to exacting standards.

Today SEO marches proudly forward adapting as the digital landscape changes. Not only do marketers have to factor in the astronomical growth of the mobile industry, as well as the changing online behaviour patterns of their client’s target markets, but they also have to continually educate themselves in order to stay ahead of the curve. As the world becomes more and more tech savvy and our reliance on connected technology increases, the job of the SEO specialist becomes increasingly challenging. In an industry driven by change and challenge our SEO specialists won’t settle for anything other than success. When you have so many positive results, who needs caffeine?

Previous Post:What We Searched For Most In 2014
Next Post:
Ruby Digital Given Beta Version to Test New AdWords Feature